I was in the play “Our Town” in high school. When I go by the Hutchins Cemetery on the Smith Road, I always picture the “greats,” like the dead people in the play, in rocking chairs watching the cars go by and I wave to them.

I remember going to the cemeteries on Memorial Day and putting lilacs near the stones of my grandparents. George and Sadie Smith at the Riverside Cemetery at the Center and Pete and Rose Barcomb at St Edmunds “new” Cemetery near the Depot. 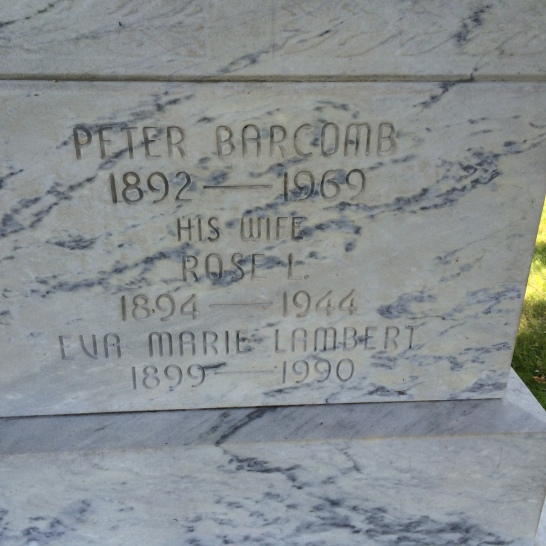 For many years the Hutchins Cemetery was overgrown with trees and used as a cow pasture. I don’t remember what year the trees were cut down but I am very thankful so much of my family history was revealed.

My mother told me that her father had seen the poor condition of the stones of his grandparents and had gone to  the cemetery and reset them in cement. William and Mary (Holt) Smith along with their 7-year old daughter, Josephine and their son, George Washington Smith.

Mary E Holt wife of Wm Smith died ( the rest is too worn for me to read from this pic.)

We found that my great grandmother, Adaline Kent Davis was buried at the cemetery on West Hill. Her stone was broken. 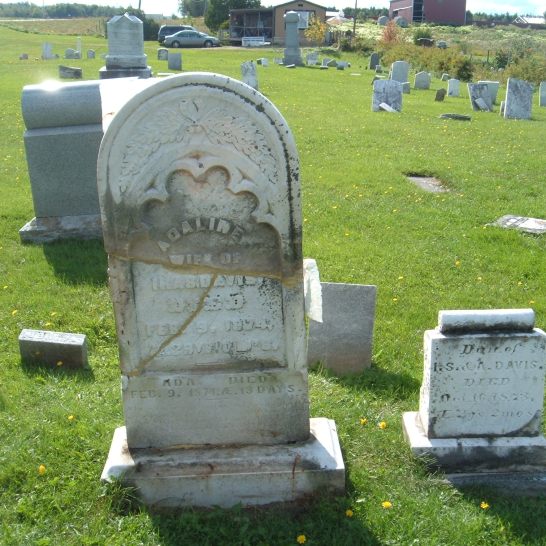 I somehow talked Cy and Danny into helping me fix it. About 1o years ago, we moved the broken stone from the cemetery to Alison’s garage and added (if I remember right) re-rod and then glued the pieces back together with a glue especially for stone. After drying a couple of days, we moved the stone back to the cemetery.

The back of  that stone says Jennie.

View all posts by ajbresett